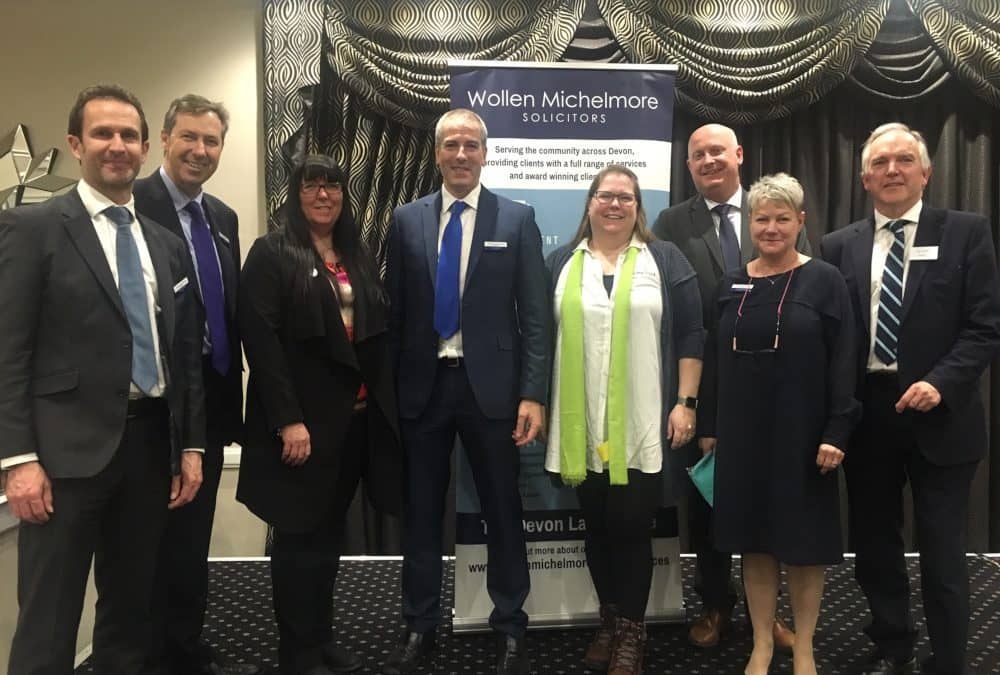 Business leaders and clients celebrated the merger of two law firms in Devon.

Wollens and North Devon-based Toller Beattie joined forces at the end of last year, but a special reception was held at the Barnstaple Hotel in Barnstaple on Wednesday night to officially mark the venture.

More than 80 guests were welcomed by Wollens chief executive Chris Hart and Mark Roome, former Toller Beattie partner and now Wollens head of company commercial.
Chris told the guests that merging with Toller Beattie was an ideal fit from both a business and people point of view.
Wollens already had a base in Barnstaple but they were impressed by Toller Beattie’s reputation and how they punched above their weight.

Chris added that since the company had been in the North they have impressed with the North Devon business and manufacturing economy through their sponsorship of the North Devon Journal Business Awards. He also referred to the similarity between the north and south with its manufacturing and rural business sectors combining so well with its tourism industry and all the hidden success stories that are out there and should be celebrated.

Mark said that although the Toller Beattie name had gone, what it stood, and still stands for, lives on through the new Wollens.

He added: “We still hold the same core values: putting the client first, being practical and commercial in approach, but above all, being people you can talk to, who get stuff done.

“The main reason we came together with Wollens was that the partners and staff shared similar views and goals, and we could see they were people we could get on with, and who would make things happen. They were certainly the right fit.“

After the reception Chris said: “It was a lovely evening to celebrate the merger and good to see so many clients and professional contacts from the North Devon area.”

The Toller Beattie deal was the second of two mergers for Wollens last year. Their first was with Morgan and Pope giving them their first office in Exeter.

The company is now one of the largest independent law firms in the West Country, employing 185 people and with a turnover approaching £10million.