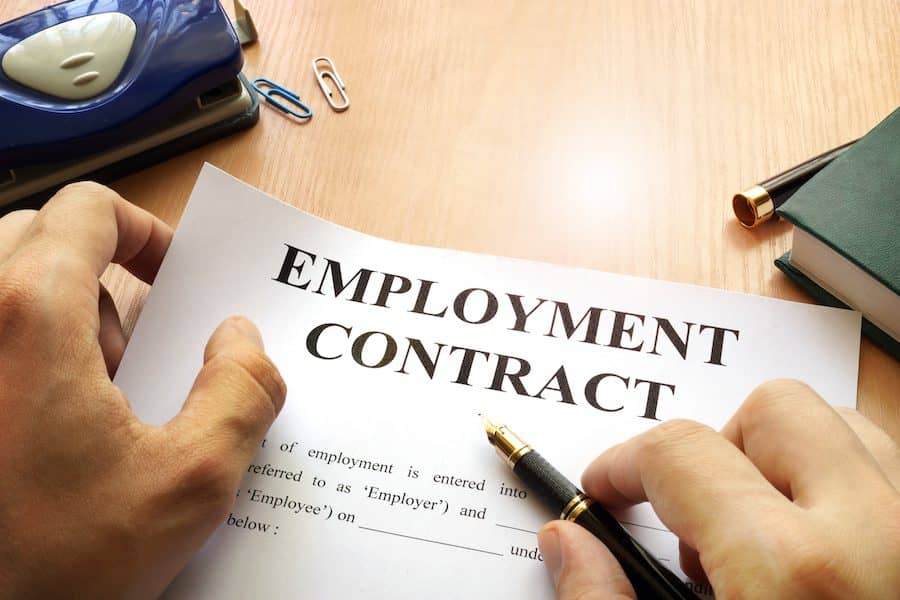 In  Amdocs Systems Group v Langton, the employee was originally employed by a company called Cramer. He was given an offer letter, summary of benefits and an employment contract. The offer letter and benefits summary set out his entitlement to Income Protection Payments (IPP) of a certain percentage of pay, plus a 5 per cent escalator each year after the first year, if he went on long term sick leave. The benefits summary said that the entitlement was governed by the terms of the group policies. At this time, the relevant benefits were covered by an insurance policy taken out by Cramer. ASG bought Cramer and the employee TUPE transferred to ASG. After the transfer, HR gave a talk saying IPP would not be affected, which was later confirmed in writing. Some time later, the employee went on long term sick leave and began to receive IPP. He was told that the escalator had not been and would not be paid because the Cramer scheme no long applied. The employee brought a claim for unlawful deduction from wages for failing to apply the escalator.

The employment tribunal upheld his claim saying he was contractually entitled to the escalator. The EAT agreed. They noted that a reference to insurance underwriting a benefit was not of itself enough to limit the employer’s liability to the terms of the policy. Any such limitation must be set out in clear terms in the contractual paperwork. The EAT said the employee’s contract, offer letter and summary of benefits were ‘plainly’ contractually binding. The offer letter, although giving only headline terms, set out clearly when the IPP benefit would kick in, how much it would be and how long it would last. The summary of benefits repeated this entitlement unambiguously. A clause in the contract purporting to incorporate the terms of a handbook as varied from time to time only had the effect of incorporating provisions on which the other contractual documents were silent. Here, the contractual documents were clear so that clause did not affect IPP and change its terms or the employee’s contractual entitlement. Nor was the entitlement limited to the relevant insurance policy. If an employer wants to rely on an insurance policy, to limit or qualify what the contractual documents have expressly set out, they must take steps to bring the terms of the policy to the employee’s attention. Here, the employee had not known about or been given the insurance policy terms. In any event, the relevant policy here was the one in place when the contract was made with Cramer, and that was the one conferring entitlement to an escalator. If the employer wanted to rely on less favourable terms of any future policy that would need to be expressly set out. ASG was bound by the agreement made between the employee and his previous employer, even though ASG did not have insurance backing to those terms.

This case doesn’t change the law but is a sage reminder to employers who are involved in TUPE transfers. Transferee employers must check contractual PHI policies for any transferring employee and check whether the terms will be covered by their existing insurance policy.  Employers must also set out expressly in contractual documents that PHI payments will be limited to the sums covered by the scheme insurer. Just saying they are governed by a policy is not enough.