Torwood Street – Up she rises ! 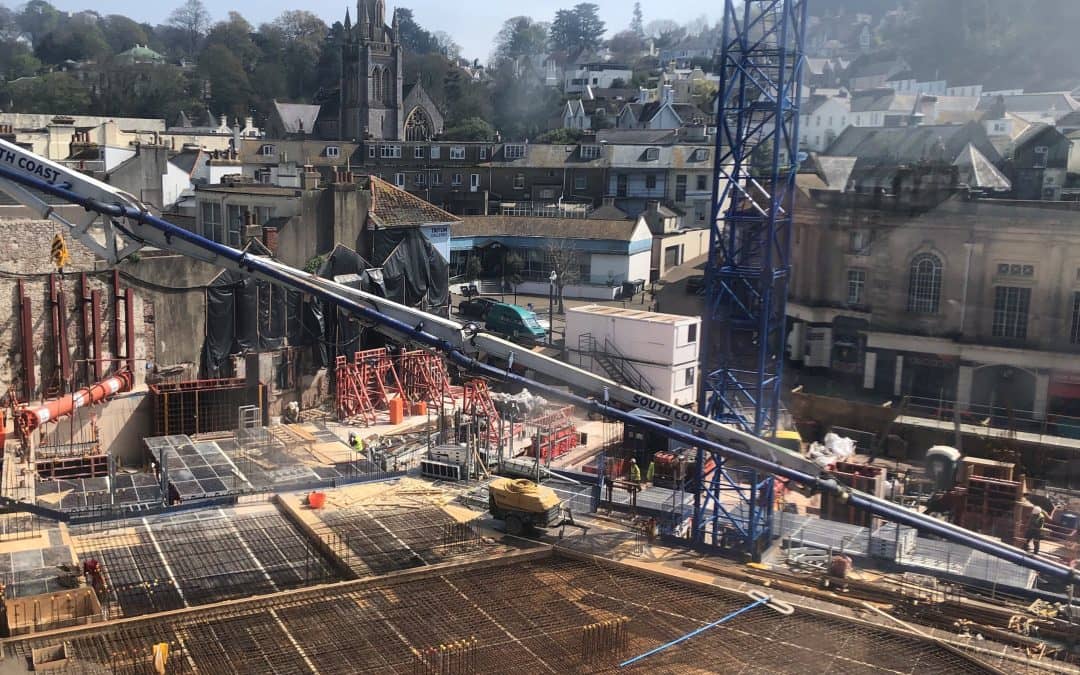 A giant crane has been towering over the harbour helping to oversee the pouring of masses of concrete to form the first level of the project which will totally transform an important part of the waterfront area when complete.

The regeneration scheme will see a 130-bedroom Hilton Hotel, office space and food and drink outlets.

Solicitors Wollen Michelmore have been lined up to take over the new office accommodation ever since the development was first mooted several years ago and have stuck with the developers through thick and thin. They currently operate out of offices just around the corner on The Terrace and will be able to keep the prestigious address when they move.

Chief Executive Chris Hart said: “It’s really pleasing to see so much progress now being made and the building beginning to take shape.”

The development finally got the green light last summer after a deal between Torbay Council, through its investment fund, and developers the THAT Group led by Peter Tisdale and Ray Kelvin, boss of fashion giants Ted Baker.

It takes three weeks to complete the concrete slabbing of each floor. There are seven floors in the overall development.

Work is due to finish next summer.