Wollen Michelmore has launched a new, exciting chapter in its history to take the law firm flying into the 21st century. 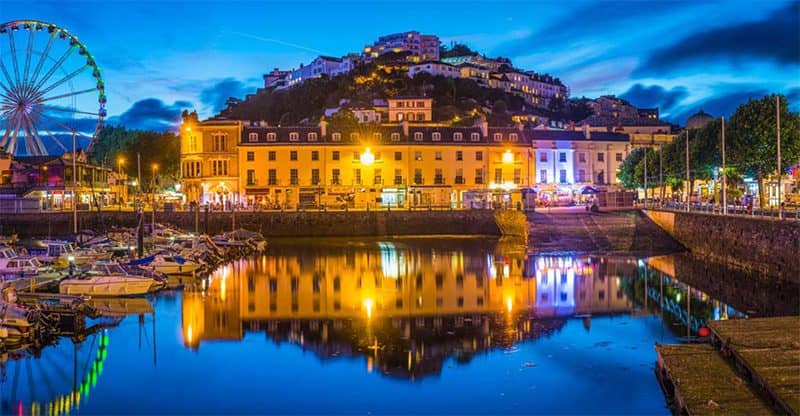 Wollen Michelmore has launched a new, exciting chapter in its history to take the law firm flying into the 21st century.

It now has a new look, image and key message, but its ethos remains at the heart of all that it does – the client, the people and the community come first.

The firm has taken the wraps off a huge branding and awareness campaign which will see it with a new name and a more modern and attractive feel enhancing its corporate and professional identity.

The campaign, which has been 18 months in the making, will see a bright, new logo and eye-catching branding throughout the company both internally and externally.

The new branding was launched today across Devon where Wollens have offices in Torquay, Exeter, Barnstaple, Newton Abbot and Dartmouth.

‘Wollens’ will appear at Exeter Airport, in train stations, on bus shelters, on roundabouts, in the media, on websites, social media platforms and radio to promote the colourful branding and the new ‘Full spectrum law’ strapline, highlighting the extensive array of services offered by almost 200 Wollens staff across the county.

The new logo is bright in colour and the other slogan from the initiative is: “The law firm that thinks in full colour. But keeps things black and white.”

Chief executive Chris Hart said: “This has been a hugely positive project for the firm, particularly following the growth of recent years. A lot of work has been undertaken to ensure that the branding reflects the practice across the region.

“It has been a pleasure working with our external partners to ensure smooth delivery and significant profile for the brand.”

Practice director Clive Meredith added: “To deliver a project of this size and complexity needs a great deal of team work. While we’ve been working with some key external providers, our internal team have worked tirelessly to ensure everything has been delivered on time and to a really high standard.  I’m really proud of them and the hard work they have all put in on this project.”

The huge rebrand project was led by Chris Hart and Clive Meredith in conjunction with Tom Banks and his South West-based branding consultancy Quite Early One Morning, Dana Robertson, of London-based creative agency Neon, and the Stuff advertising agency with offices in Bristol and Cornwall.

The rebrand comes after the busiest 12 months in the history of the firm. A merger with Morgan and Pope, giving the company its first Exeter base in Cathedral Yard, was followed by a merger with Toller Beattie in Barnstaple to expand its North Devon operations.

Wollens are now one of the largest independent law firms in the West Country with an annual turnover approaching £10million.

That growth and success has signalled the dawn of the new era and the need to further develop and modernise the profile of the firm for the benefit of the business and its clients.

It will also reflect how far the company has progressed both in the market place and out in the community.

The practice also works tirelessly out in the community with staff involved in various charities and organisations. They organise events to raise funds for local charities and sponsor sports teams, including the Somerset County Cricket Club based Western Storm women’s cricket team. They also champion and support local events. They are the headline partner for the North Devon Journal Business Awards as well as a category sponsor in the Exeter business awards.

They are also the headline sponsors of this year’s English Riviera tourism awards.

Wollens say: “We’re unusual for a South West law firm, because we’re based in north, south and central Devon, which means wherever you are you’re never far from one of our five locations.

“Although we’re proud of our Devon roots, our reach extends much further – to the whole South West region and beyond. In the digital age we now look after clients across the UK and even oversees. It means we’re well-connected with great local knowledge, backed up by a wider perspective of the world.

“We’re big enough to tackle anything you might throw at us. Yet we never lose sight of what’s most important: to provide the best possible guidance in a no-nonsense, approachable and accessible way (after all, to understand the law, first you must understand your lawyer).

“What’s more, we’re still small enough to treat you like a person rather than a number .”

Read more about our history >