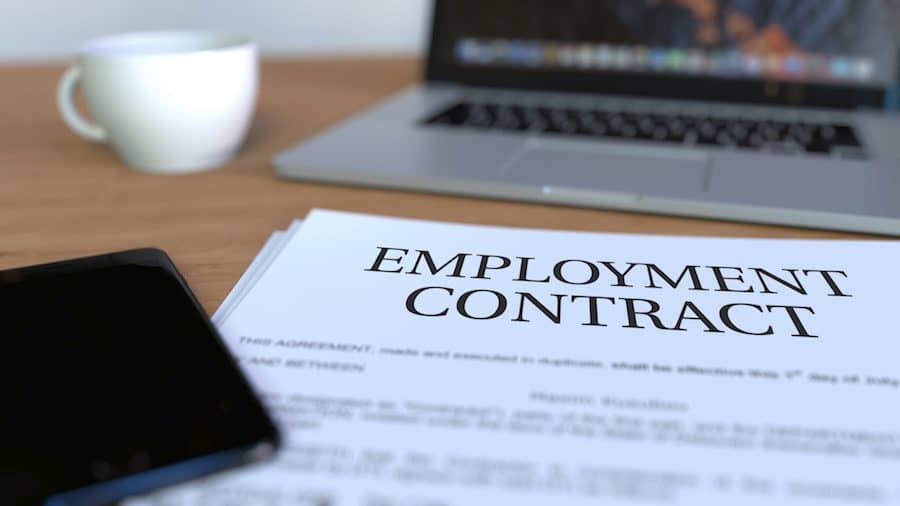 Additional terms can be implied into employment contracts where certain facts reflect the parties’ contractual intentions. A term can be implied to give business efficacy to the contract – to make it work. Or it can be implied if the term is so obvious that if an ‘officious bystander’ suggested to the parties that they include such a term, they would reply ‘of course!’. It is an either/or test, assessed at the time the contract is made rather than when the parties are in dispute, when one will necessarily object to the other’s construction.

In USDAW v Tesco, during a business reorganisation process, the employer and union negotiated ‘retained pay’ for distribution centre operatives who agreed to move workplaces up to 45 miles away rather than taking redundancy. It was crucial for the employer to retain enough employees to avoid significant disruption to their distribution centres and the wider business. They made it clear that the retained pay would last for as long as the employees remained in their current roles, could not be negotiated away in future and would be subject to annual increases. A joint statement referred to retained pay as ‘guaranteed for life’ and a ‘permanent feature’ which could only be changed by mutual consent or promotion to a new job. In 2021, the employer said it was going to remove retained pay. They offered 18 months’ pay as a lump sum in return for giving up the entitlement, or they would dismiss and reengage the employees on new terms. USDAW applied for an injunction to stop the employer dismissing and reengaging, saying there was an implied term that prevented Tesco from dismissing the employees to remove retained pay.

The High Court granted the injunction. The Court said that a reasonable person would look at the facts around the time of the original agreement and construe ‘permanent’ as meaning ‘for as long as the relevant employee is employed by Tesco in the same substantive role.’ The employer had used the terms ‘guaranteed’, ‘protection for life’ and ‘for as long as you are employed by Tesco in your current role’. The High Court said the intention had been to preserve the higher pay permanently, without which the relocations would not have been agreed. There was a conflict between the permanent right to retained pay and the right to terminate contracts in order to remove it. On the extreme facts in this case, there was an implied term (either based on business efficacy or obviousness) that the employer would not terminate contracts to remove the entitlement to retained pay. They could still terminate for normal reasons – conduct or redundancy for example – although the court conceded that such a decision would be subject to close scrutiny in the circumstances. They granted an injunction stopping Tesco from terminating contracts to get rid of retained pay because the employees’ losses would be significant and the normal remedy – unfair dismissal compensation – would not be adequate.

This kind of injunction is rare. There were rather extreme facts at play here, with a clear agreed expression that retained pay would be permanent for as long as the employees remained in their current roles. As such, the High Court implied a term stopping them from rolling back on that permanency, on which the employees had relied when agreeing to relocate to their otherwise disadvantage. Due to the extreme facts, it is unlikely that this case will start a domino rally of similar cases. However, employers must take care when negotiating terms to ensure that they don’t accidentally tie the hands of future business decision makers.