Our Judith’s ‘privilege’ at mayor-making date 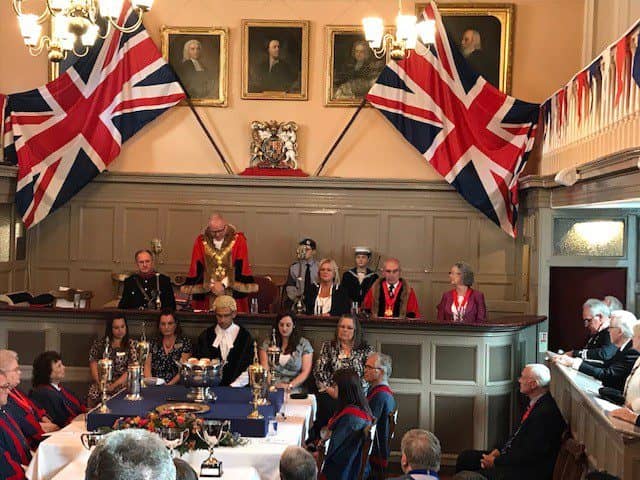 Wollens solicitor Judith Manser was ‘privileged’ to attend an event at the heart of a town’s long history.

Judith, a partner in the law firm’s property department, was representing the Barnstaple Chamber of Commerce at the local town council’s annual mayor-making ceremony.

Judith said: “It was a privilege to attend such a traditional ceremony at the Guildhall in Barnstaple and hear about the amazing achievements of people in our area.

“The retiring Mayor reviewed his year and achievements. There was also a presentation of Town Council cups which included a presentation to two young people from Barnstaple who had won medals for  Great Britain in  the Paralympics in Abu Dhabi this year.”

He was born in North Devon and worked on Hele Manor Farm at Sticklepath from the age of 13. He joined the Royal Marines in 1968 and over the next 23 years served in many theatres across the world.

He left the Marines in 1991 as the Training Design and Quality Control Adviser to the corps.

Before retiring he worked at the Fremington Army Camp until it was closed. He then moved to the Okehampton Battle Camp as facilities manager.

His charities for the year are Age Concern Barnstaple and the See Hear Centre in Barnstaple.