Little experience could go a long way for student Jason 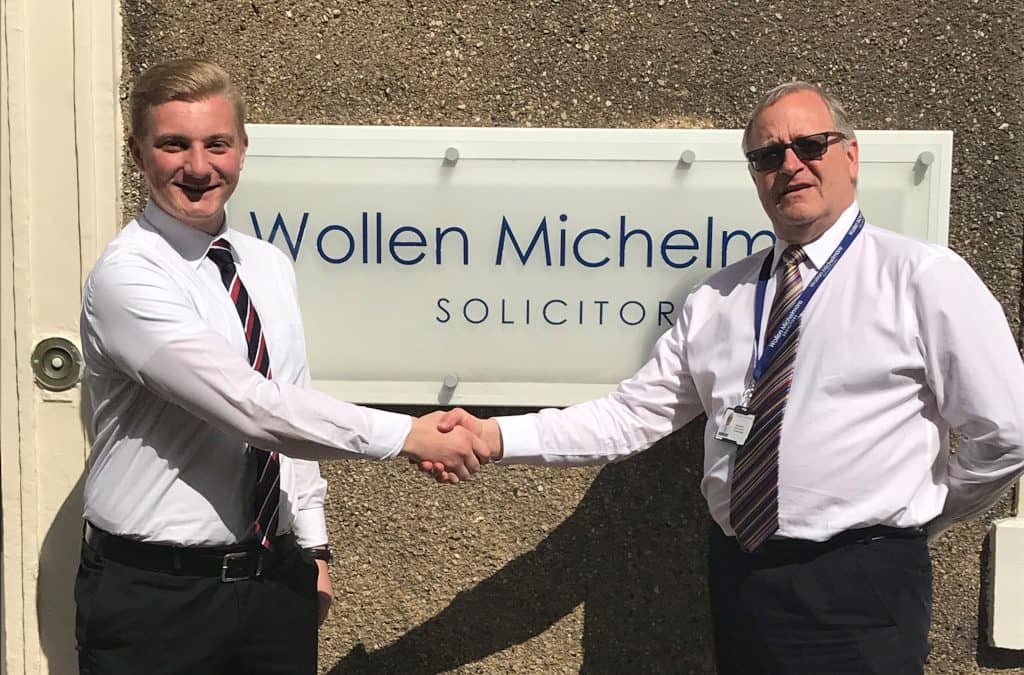 Jason Graebert has been given a taste of what it is like to work at a law firm – and it may just have some bearing on his decision over a full–time career.

The 21-year-old is planning a future in the teaching or the legal world. But his work placement at solicitors Wollens may just tip the balance towards law.

He has spent the past three weeks being shown the ropes by Wollens Central Records Storage Manager Peter Morrell – and he has loved every minute.

Jason says: “I have really enjoyed it. It has been a brilliant time. The people have been so kind. If I had a chance to come back I would do it. It may have a bearing on what I decide in the future.”
Jason’s placement was organised between Peter and the Training Partnership organisation. He has looked at Wollens various departments, including a visit to their Newton Abbot office, and has spent some time working with Peter in Torquay.

Back home in the town of Helmstedt, near Hanover, he is an apprentice salesman with a large building supplies company.

“I wanted to earn some money and buy a car. I also wanted to gain some experience,” says Jason, who plans to head off to university to study teaching or law at the end of the three-year apprenticeship.

He says: “I really like talking to people and giving people knowledge.”
He spends his spare time in the world of politics where he is an active member of the Christian Democratic Union. He also helps his girlfriend look after horses. “Being a German, I also like beer,” he says.

Wollens ‘host’ Peter said: “It has been a delight working with Jason. His excellent grasp of the English language has made it very easy to communicate and his work ethics have been outstanding. I hope the time he has spent with us will help him make the right decision for his future. We will all miss him and I hope he keeps in contact.”

Based at the Torbay Business Centre in Torquay’s Lymington Road, The Training Partnership Ltd has been arranging work experience programmes for European students for the last 23 years.

A spokesman said: “Jason is a fantastic example of just one of the 750 university-aged International candidates who typically come to Torbay and Exeter each year through TTPL.”

Funded by the Erasmus+ programme, as part of his studies Jason and his group of 21 from Germany came to Torbay for a three week programme of work experience. They stayed with local host families, many of whom have accommodated our students for many years and help to give students an all-round experience of English culture.

“We were delighted when Wollens agreed to take Jason for his work placement. It was a perfect fit for him as he specifically wanted to use his skills and gain experience in a professional UK office setting. Peter Morrell welcomed him to the team and Jason settled in very quickly.

“He worked from Monday to Friday at Wollens Torquay office, with Thursday afternoons off to take part in the TTPL weekly social and cultural activity that brings all the work placement students together to meet each other and share experiences.

“Jason has gained invaluable UK work experience with Wollens, improving his confidence and skills within a leading law firm. “

Peter and Wollens are already looking forward to their next work placement from the Partnership – Jerome Geyer, also from Germany.