Mandhana stars in Storm’s six of the best 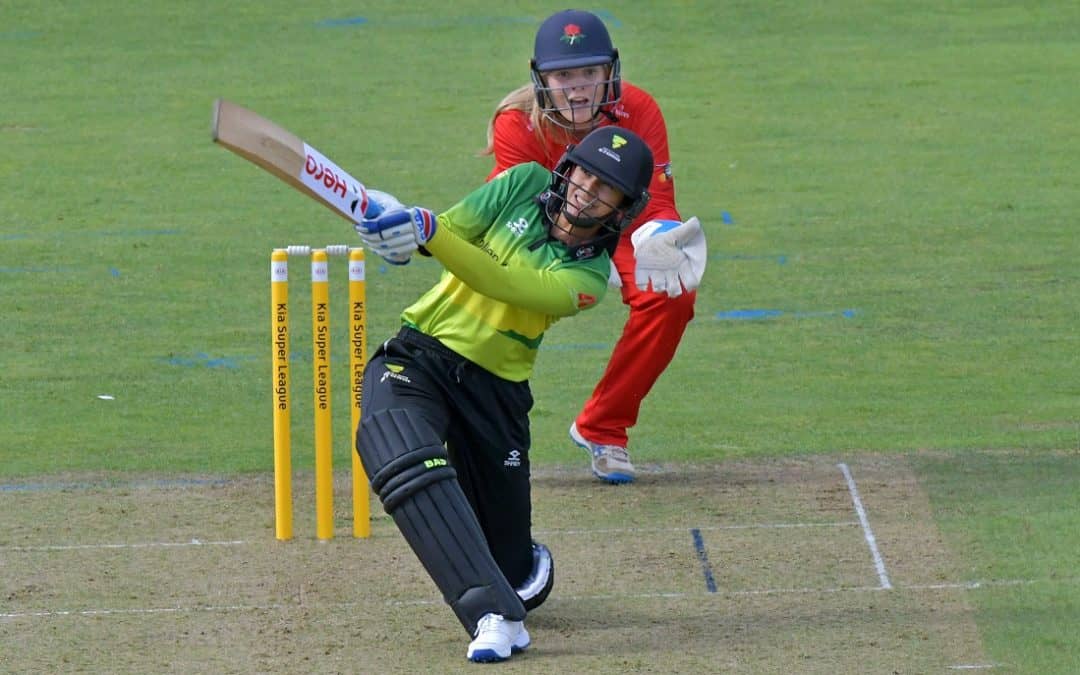 Western Storm made it six wins out of six when they beat Lancashire Thunder after a down-to-the-wire run chase  – led by superstar Smriti Mandhana.

Mandhana scored with ease to all parts of the ground with her half-century coming from just 27 balls including eight fours and a six.

The Storm were given just the start they needed when Mandhana and Rachel Priest put on 39 from their first five overs.

Another 67 runs came in a partnership with Heather Knight – the Storm captain contributing just 11 of them.

Lancashire’s hopes must have been raised when Mandhana was caught in the deep with the Storm on 119 with five overs to go.

They then wanted 32 from the last four overs – but Deepti Sharma (23) led Storm home with a winning boundary off the penultimate delivery of the match from Kate Cross.

Skipper Knight was quoted as saying after the game: “We just keep finding a way to win. I don’t think we have put together a complete performance yet in all three facets.  I don’t think we played our best cricket today but we just got into the habit of winning which is quite nice and different people contributing.”

And of Mandhana’s knock, Knight said: “It is great to watch, best seat in the house. The pitch was a bit slow as well and she made it look easy. She has found form in the last two days for us. Her and Rachel Priest are key for us at the top of the order. Delighted for them and for Deepti Sharma at the end because she hasn’t had much of a chance yet.”

It was Mandhana who again starred in Storm’s demolition of the Yorkshire Diamonds just a few days earlier.  She and New Zealander Priest crushed the home side – chasing a total of 151 for the loss of just one wicket. They shared a 133 run partnership in just 14 overs with Mandhana smashing 70 off 47 balls and Priest 72 from 43.

The Storm, sponsored by Devon law firm Wollens, take on the Southern Snipers at Bristol tomorrow (Tuesday) and the Surrey Stars at Somerset’s Taunton ground on Wednesday.