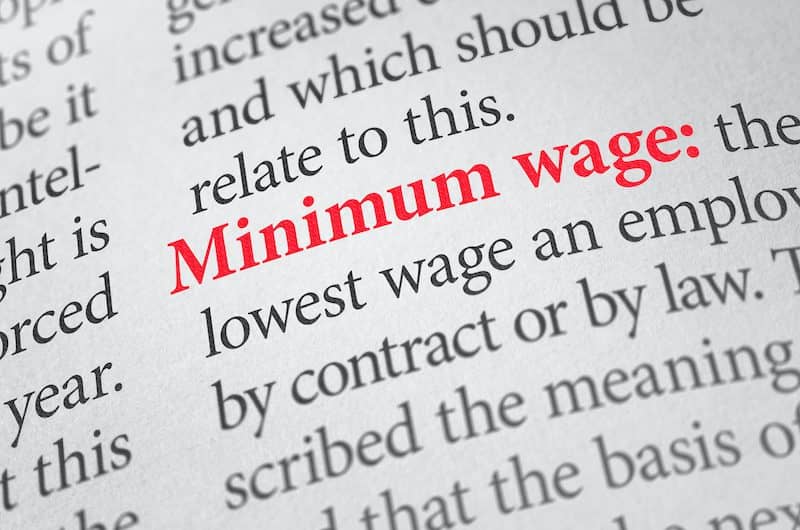 The rules relating to the National Minimum Wage are complex. One reason for this is the need to ensure that employers do not seek to avoid their obligations by nominally paying workers the correct rate but then making artificial deductions that effectively reduce the real amount of the wage to below the minimum level. If a worker is required, for example, to purchase equipment from the employer and the cost of that is deducted from wages, then the amount of the deduction does not count towards the minimum wage. If the employer provides workers with accomodation then the Regulations allow the employer to offset a maximum of £8.20 per day from the worker’s wages to cover this. A deduction of any higher amount – even if genuinely reflecting the rent paid by the worker – will be treated as reducing the worker’s remuneration and may result in the employer paying less than the minimum wage.

In Commissioners for HMRC v Ant Marketing Ltd, the employer was served with a notice of underpayment by HMRC in relation to two deductions that were made from employees’ wages. The first related to accomodation provided by the owner of the business through a separate company. Employees were not obliged to live in that accommodation, which was provided on a commercial basis quite separate from their employment. Some of them, however, chose to pay their rent by having their employer collect it directly from their wages and pay it to the landlord. The amount deducted obviously exceeded the small accomodation offset that is allowed and if it did not count towards the employee’s wages would mean that they were being paid below the minimum wage.

The other deduction related to the recovery of training costs if the employee left employment within the first year of their employment. A deduction on this basis could be as much as £350 and if treated as a reduction in the employee’s wages could easily mean that their final pay packet fell below minimum wage levels.

An Employment Tribunal held that the deduction from rent did not have the effect of reducing employees’ remuneration. The accomodation was not provided by the employer, but a separate company and was not related to work. The deduction for training costs, however, did amount to a reduction in remuneration. The employee was obliged to undergo the training in order to perform the job. Those who left employment within a year were essentially charged for that training via a deduction from their pay and that therefore amounted to an expense incurred in respect of their employment.

The Employment Appeal Tribunal agreed on both points. The EAT rejected the suggestion that the employer in this case could be defined widely enough to include not only Ant Marketing Ltd but also the owner of the business and his residential property company. The EAT warned, however, that an employer could not get around the accomodation offset merely by setting up a separate company to act as landlord. It would in that case be open to a Tribunal to hold that this still amounted to arrangements for the provision of accomodation made by the employer.