Paul has more mountains to climb 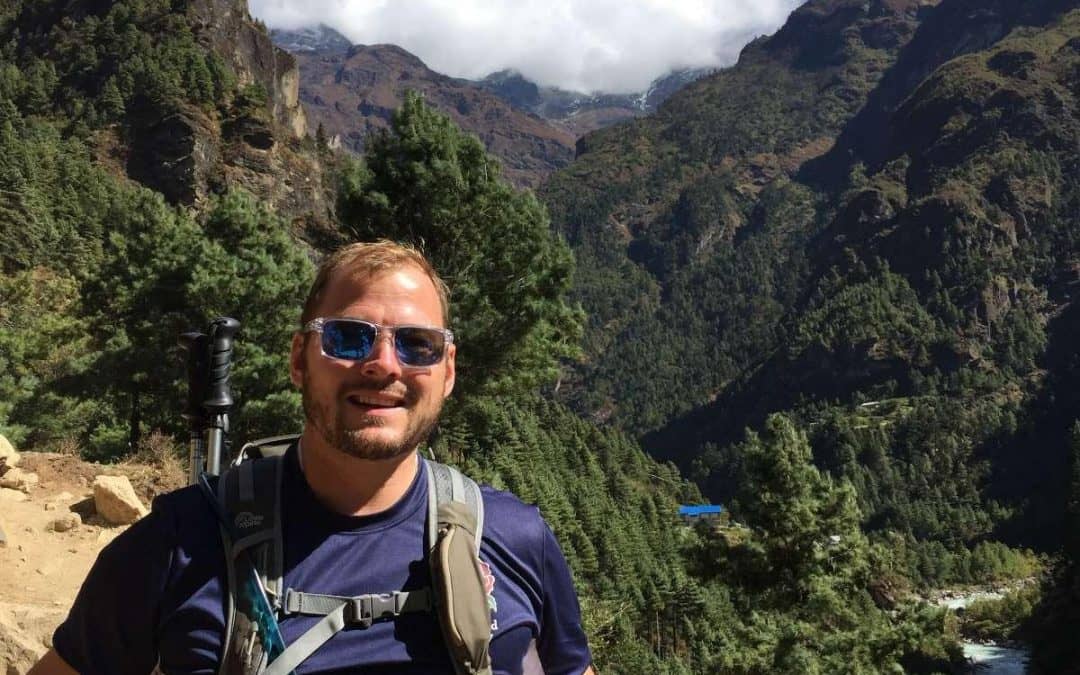 TORBAY businessman Paul Bettesworth is off on his travels again – but he won’t have much time for site-seeing.

Paul has only recently recovered from tackling the Three Alpine Peaks in Three Days challenge when he climbed mountains in France, Switzerland and France.

The Bettesworths director and chartered surveyor was part of a team raising money for Restart Rugby – a charity dedicated to supporting players suffering from serious injury, illness or hardship.

No sooner had he put up his feet then was off again to the next mountain.

Over  the course of yesterday (Thursday) today (Friday) and tomorrow (Saturday) he was climbing Italy’s highest mountain. The Gran Paradiso stands at 4,061m – it is is one of the Alps ‘Big 8’ (standing in thin air at 4,061m). It is snow-capped all year round, with much of the climb over a crack and crevice littered glacier that ascends to a razor summit ridge and dizzy needle peak!

Paul explains why he is taking on such a daunting challenge: “On my recent Three Alpine Summits trip, I met the inspirational Ed Jackson.

“Ed, a professional rugby player, broke his neck in a tragic accident in 2017 – initially leaving him paralysed from the neck down.

“Having been told he would never walk again, after months and months of world class treatment, true grit and determination, Ed is making
a miraculous recovery.

“Just a year on from the accident, he walked up Snowdon.  He has since scaled Mont Buet in  France and organised our team for the Three Alpine
Summits  last month.

“He is now gearing up to climb the 6,500m Mera Peak in Nepal in November and having bored him with tales of my own +6,000m adventures, he has invited me to join him on his first preparation ascent using ropes, axes and crampons of the Gran Paradiso, Italy.”

The reason for the expedition and Ed’s Mera Peak climb is to raise money for Neverest Othropaedics.

The Neverest Foundation provides medical equipment and surgeries to those who can’t afford it in one of the poorest countries in the world.

They have also built an orphanage and a women’s shelter following a devastating earthquake in 2015.

They are also are currently building a spinal rehabilitation unit and are paying for the education for all of the orphans.

The team is part of an effort to raise £250,000 by the end of this year to build a special suit spinal unit in Nepal.