Simply the best – the Storm battle their way to glory 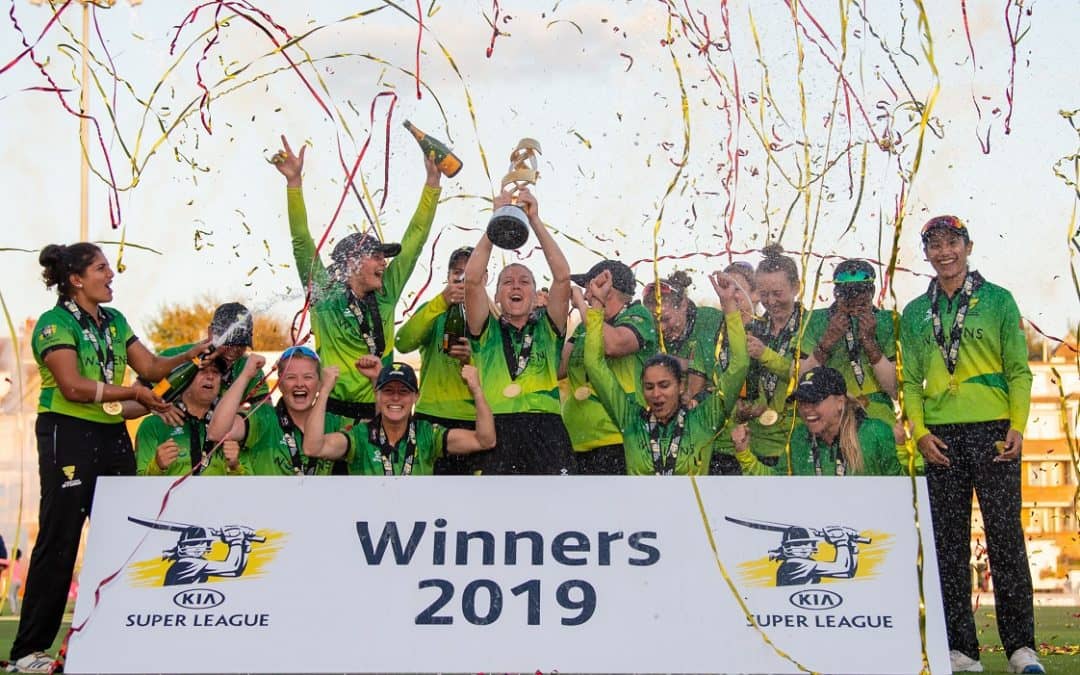 (Picture above provided by Western Storm)

Salute the champions of Western Storm.

They landed the KLS Super League title for the second time in two years by beating the Southern Vipers by six wickets in a high-scoring game at Hove yesterday.

And it was skipper and Devon’s very own Heather Knight who led from the front.

The Vipers batted first and must have thought they had done enough to win the game, finishing on an impressive 172-7 with Danni Wyatt smashing 73 off just 42 balls.

Their hopes of victory soared further when Indian batting superstar Smriti Mandhana went for a golden duck as the Storm got off to the worst possible start.

But England skipper Knight steadied the ship and then led the West Country team home.

She carried her bat for 78 as the Storm won with an over to spare. Deepti Sharma (39 not out) was there at the end with her after a 69 unbroken partnership saw the Storm chase down the record runs required.

Knight, who was named Player of the Final and became the first player to scorer 1,000 KLS runs, was reported as saying after the match: “We have terrific belief in our side winning games in a lot of difficult situations over the past couple of years.”

It was the final game in the KLS – the competition is being replaced by a new format next year.

Knight told reporters: “I was delighted we finished the job and gave the KLS the send-off it deserved.”

The final was beamed lived on Sky TV to thousands of people – providing great exposure for sponsors and Devon solicitors Wollens.

Wollens chief executive Chris Hart said: “As sponsors to have been involved with the Western Storm has been an honour and privilege. Huge congratulations to them and everybody involved with the team both on and off the field.”

Head coach Trevor Griffin said on social media: “Incredibly proud of an awesome bunch. Very privileged to have worked with a number of these girls from the beginning and to have been their Head Coach for the last three years has been a huge honour.” 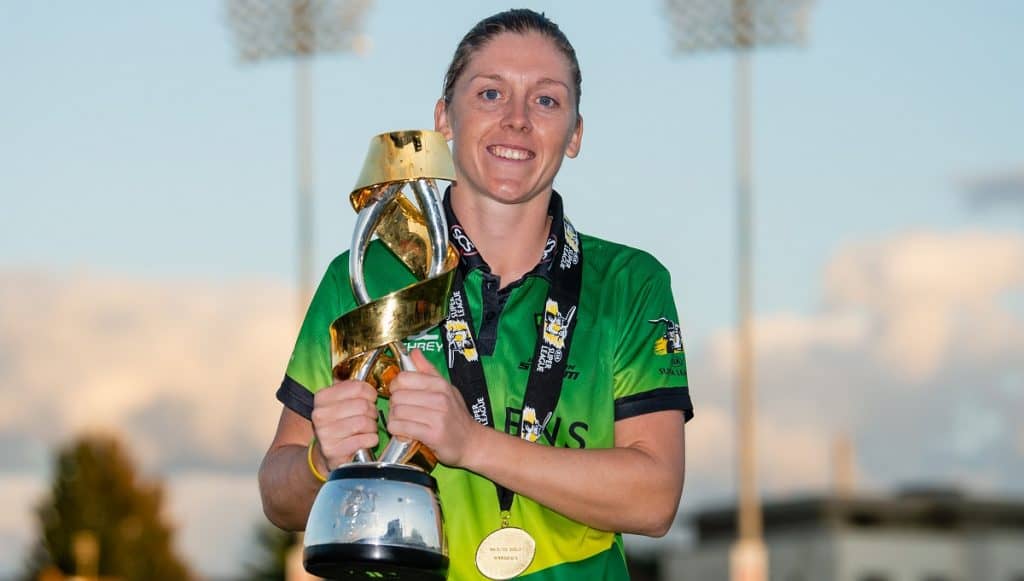 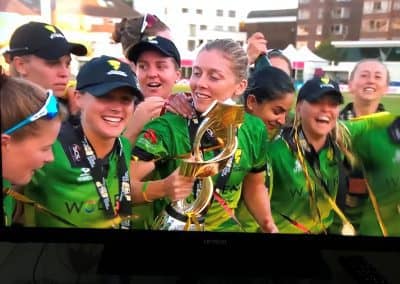 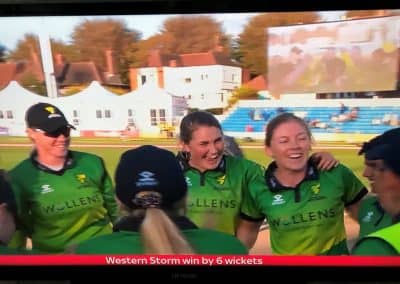 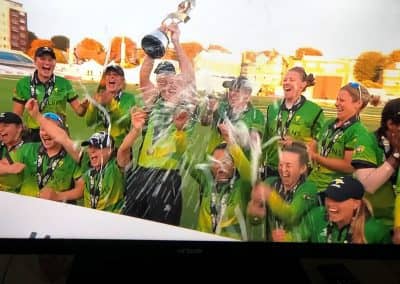