Teaming up to bring sporting memories back to life 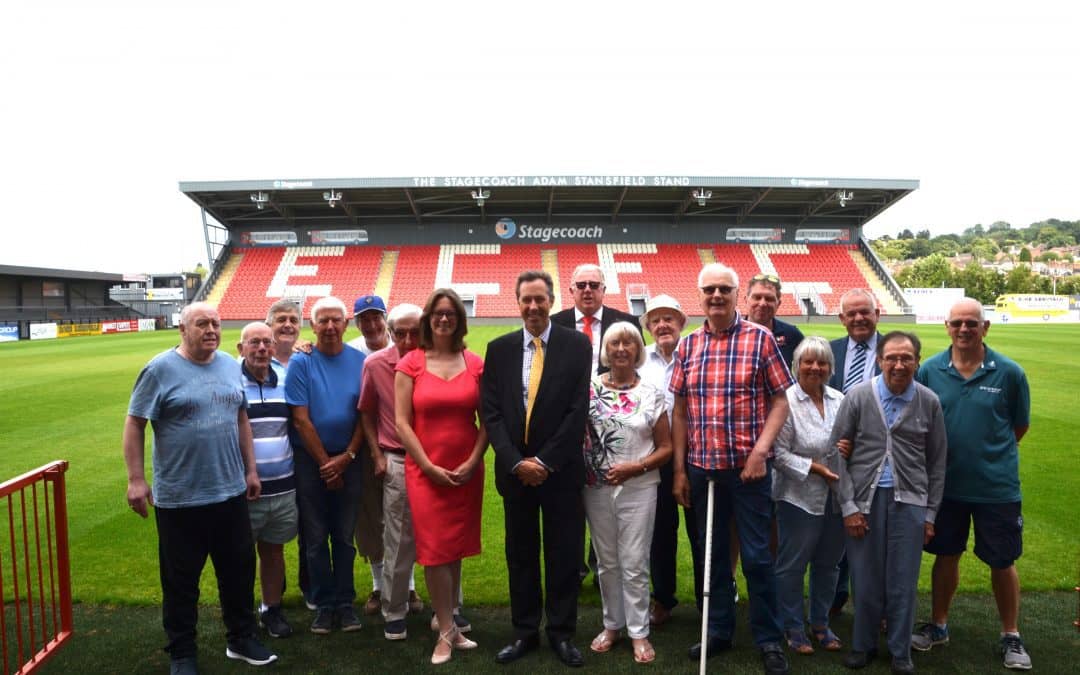 Law firm Wollens have teamed up with the Exeter City Community Trust to support a project where sporting memories are brought back to life.

It is open to men, aged over 50, who enjoy reminiscing about the old times – watching or playing –  and sharing those treasured memories over a cup of tea and a slice of cake.

The  club, which takes place on a Wednesday every week, is being supported by Wollens. The law firm opened its first offices in the city with the merger of Morgan and Pope a few months ago.

It is always keen to support the local community wherever it operates with other offices now In Barnstaple, Torquay, Newton Abbot and Dartmouth. It also already supports and sponsors local causes and sports clubs.

Chief executive Chris Hart is a sports lover – he is an ardent fan of Premiership West Ham United and supports, wait for it, City’s arch rivals Torquay United.

Chris says: “I was thinking about wearing my Torquay scarf when we launched our partnership with CITY Community Trust at St James Park….. “Joking aside, the memories club is a great project and typical of how the Trust serves and looks after the local community. We are delighted to be able to play our part in that.”

CITY Community Trust chairman Julian Tagg said: “Sporting Memories is a vital project for our community, aiming to tackle social isolation as well as helping to aid memory recall. We have been delighted with the first year of the programme and its success and we have successfully launched a second group in Tiverton and are looking at other communities to launch in the new future.”

Some members of the club live with dementia or have memory problems. Some have experienced depression or may have suffered a stroke or live with Parkinson’s. But they all have one thing in common –  a love for sport and the enjoyment from discussing their favourite moments.

Julian added “There is always great fun and laughter in the sessions. New friendships are forged and some remarkable sporting stories often emerge. A recent visit to the Exeter City FC training ground also proved a real success.”  The sessions are held every Wednesday and are free. Meet at St James Park shop reception area at 10am.