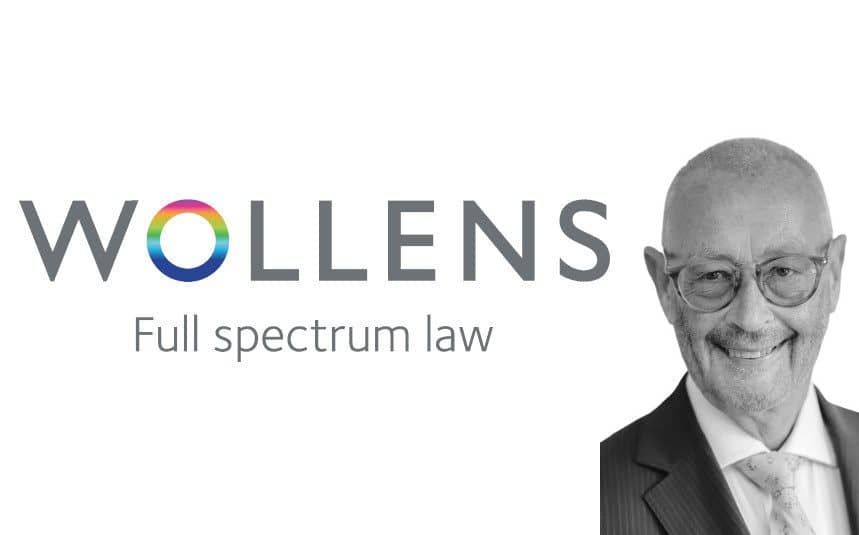 UNMARRIED couples faced with an end to their relationship have been given some sound advice – and warnings – from a solicitor at a leading Devon law firm. One of the most important messages from Terry Chetwood is that if they think they have the same right rights as married couples when it comes to the ownership of their home they are mistaken.

Terry, a consultant with the Family Team at Wollens solicitors, says: “Nothing could be further from the truth.” Co-habitation is the fastest grown type of family unit with around 3.3million unmarried couples now living together in the UK. But Mr Chetwood says: “Common law marriage is a myth. There is no such thing as a common law wife or a common law divorce.” Statistics from the family law group resolution showed that two thirds of the couples they had spoken to were unaware of the fact.

He said that when courts deal with a marriage breakdown they have a wide discretion in dealing with the family finances so an outcome which is fair to both parties can be reached.

However, when dealing with unmarried couples the court will focus purely on the law and Mr Chetwood warns: “Frequently the outcome is far from fair.”

He says that if a property is owned by one person, the other party must show they have a beneficial interest in it. Legally this means there was a common intention to share beneficial ownership and what are the couple’s respective shares if they can show this?

Showing there is a beneficial interest can be achieved in two ways:

Any express discussions must be presented to the court in a detailed way.

Inferences are hard to prove. The court’s task is to find out the parties shared intentions whether real or inferred regarding the property. If the property is under shared legal ownership and the parties are joint owners with the deeds showing an express declaration of trust to show their position the courts will look on that as being conclusive and that there is no room for it to consider further.

If there is no declaration a 50/50 joint legal ownership is presumed. This can be rebutted if it can be shown the parties had different intentions when they first bought the property or they later formed an agreement that their shares would change.

But the courts will not usually depart from the 50/50 split and proving otherwise can be a heavy burden.

The courts have said that where there is no express agreement on the amount of the parties’ interest, they will quantify that by looking at the dealings between the parties and their conduct.  The court has to assess in the light of their conduct what the parties must be taken to have intended and had not to impose what the court would itself consider fair and just.

Mr Chetwood also spells out what can happen if children are involved.

He says the parent who is the primary carer may apply to the court under the Children Act.  The court can make various orders including transferring the property into the none owning parent’s name until the youngest child reaches 18. It can also order a lump sum payment to enable the parent to buy or rent a suitable home for the family.

Mr Chetwood says: “The important thing to remember is that these orders are to benefit the child and not the parent.  Unmarried couples have no right for maintenance for themselves and no right to make a claim against the other’s pension.”

When engaged couples are involved the court can take into account any contribution made in financial terms in acquiring a beneficial interest in a property.

Baroness Hale, President of the Supreme Court, has been campaigning for greater legal protection for co-habiting couples.

She fears the current system is unjust and ‘bound to leave some people not receiving a fair and just allocation of resources when the relationship breaks up’.

He says if a property is bought with someone else make sure your beneficial interest is recorded on the deeds.  Also consider a separate trust deed with the other co-owner.

A co-habitation agreement, stating each party’s interest in the property, should also be considered.

“Until the law is changed, this seems the only way to provide clarity and security for millions of unmarried couples,” says Mr Chetwood.

For advice on this please contact Terry Chetwood : info@wollens.co.uk